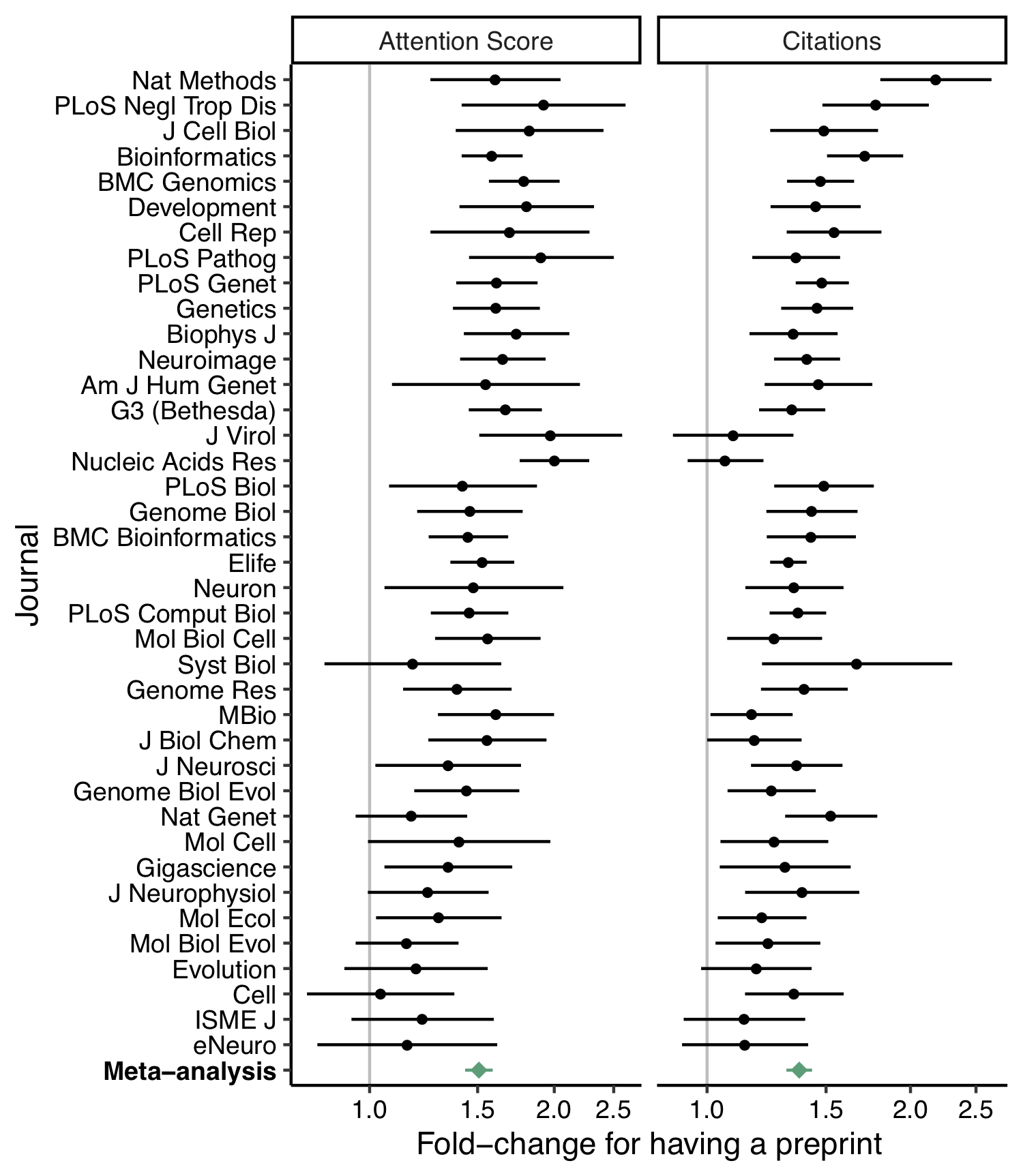 Preprints in biology are becoming more popular, but only a small fraction of the articles published in peer-reviewed journals have previously been released as preprints. To examine whether releasing a preprint on bioRxiv was associated with the attention and citations received by the corresponding peer-reviewed article, we assembled a dataset of 74,239 articles, 5,405 of which had a preprint, published in 39 journals. Using log-linear regression and random-effects meta-analysis, we found that articles with a preprint had, on average, a 49% higher Altmetric Attention Score and 36% more citations than articles without a preprint. These associations were independent of several other article- and author-level variables (such as scientific subfield and number of authors), and were unrelated to journal-level variables such as access model and Impact Factor. This observational study can help researchers and publishers make informed decisions about how to incorporate preprints into their work.