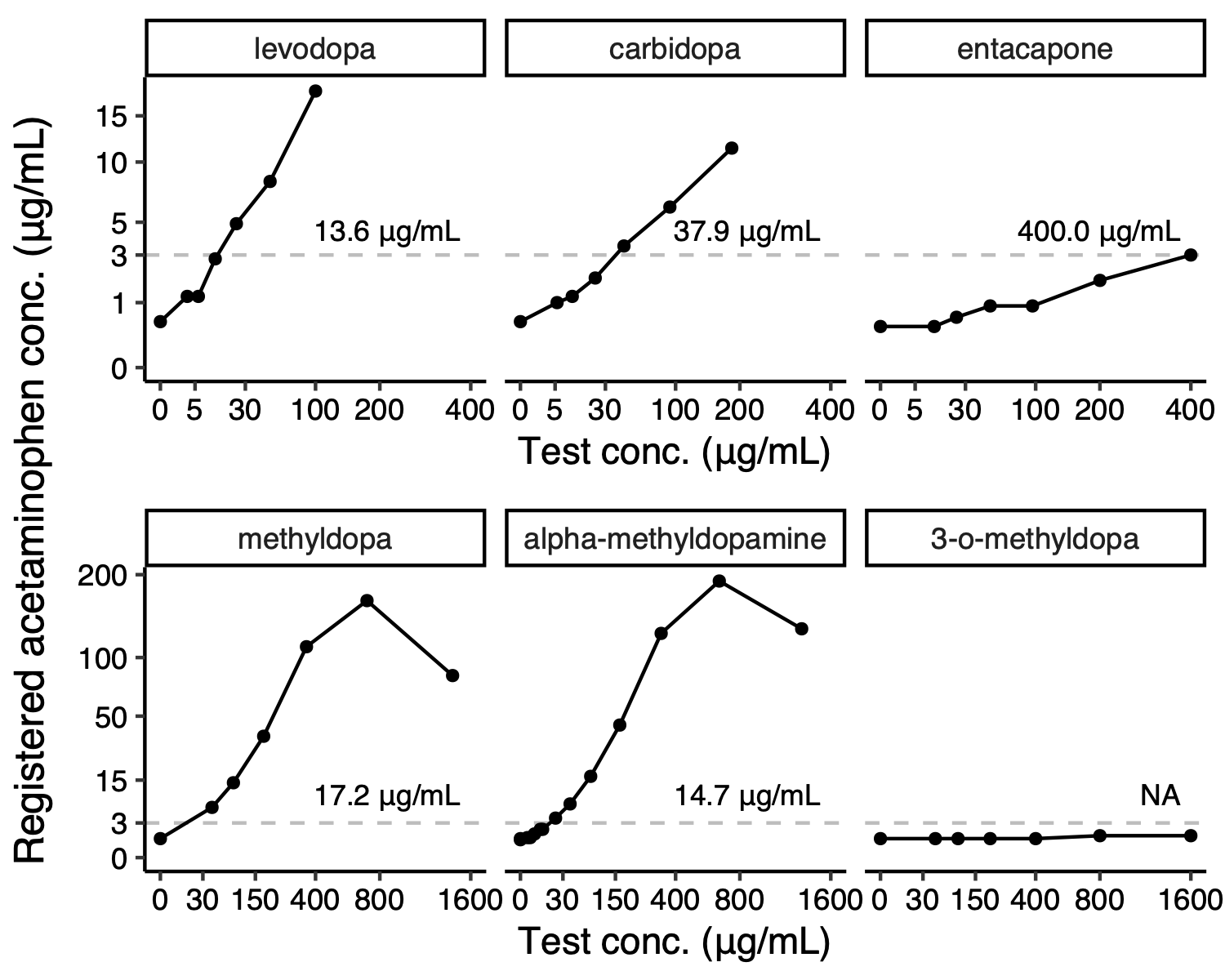 Urine drug screening (UDS) assays can rapidly and sensitively detect drugs of abuse but can also produce spurious results due to interfering substances. We previously developed an approach to identify interfering medications using electronic health record (EHR) data, but the approach was limited to UDS assays for which presumptive positives were confirmed using more specific methods. Here we adapted the approach to search for medications that cause false positives on UDS assays lacking confirmation data. From our institution’s EHR data, we used our previous dataset of 698,651 UDS and confirmation results. We also collected 211,108 UDS results for acetaminophen, ethanol, and salicylates. Both datasets included individuals’ prior medication exposures. We hypothesized that the odds of a presumptive positive would increase following exposure to an interfering medication independently of exposure to the assay’s target drug(s). For a given assay-medication pair, we quantified potential interference as an odds ratio from logistic regression. We evaluated interference of selected compounds in spiking experiments. Compared to the approach requiring confirmation data, our adapted approach showed only modestly diminished ability to detect interfering medications. Applying our approach to the new data, we discovered and validated multiple compounds that can cause presumptive positives on the UDS assay for acetaminophen. Our approach can reveal interfering medications using EHR data from institutions at which UDS results are not routinely confirmed.