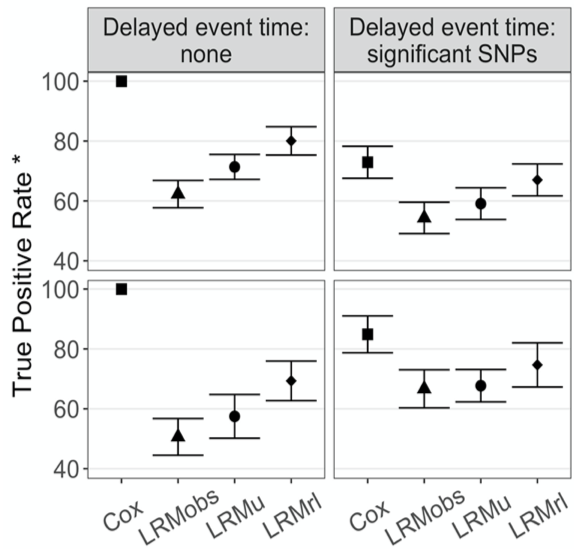 Conclusion: With or without the presence of delayed event time scenarios that might exist in EHRs, Cox regression outperformed the logistic regression models commonly used in genomic studies.